Allyn King was the Ziegfeld Follies showgirl whose struggle with her weight led her to
commit suicide.

She was born on February 1, 1899 in Wilmington, North Carolina. Tragically her father, Dr. Allyn King, was murdered in 1909. A few years later her mother moved them to New Haven, Connecticut. Allyn started performing in vaudeville when she was a teenager. In September of 1916 she became the headliner of the Ziegfeld Follies. She spent five seasons starring in the Follies where she earned five hundred dollars a week. The beautiful brunette received numerous marriage proposals but turned them all down. She said "I'll listen to no more offers of marriage until the war closes. Those I receive by mail will go direct to the wastebasket." Allyn was cast in the 1920 Broadway show Ladies Night. Over the next three years she starred in several more shows including Sun Showers and Moonlight. She was nicknamed "Broadway's Sweetest Girl". Allyn was obsessed with her weight because of a clause in her contract that said she would be fired if she gained ten pounds. She began starving herself and taking thyroid pills to maintain her boyish figure. 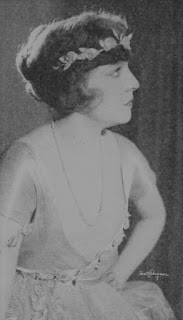 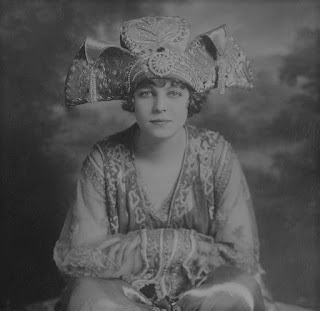 In 1923 she made her film debut in The Fighting Blade. Unfortunately it would be her only movie role. Allyn was romantically involved with Carl Wiedemann, a wealthy brewer from Kentucky. There were rumors they were engaged but the relationship ended when she refused to give up her career. By 1927 years of extreme dieting left her thirty pounds underweight and suffering from severe anemia. She entered a sanitarium to recover and remained there for almost two years. After being released she started studying music and hoped to return to Broadway. Unfortunately she became very depressed when she gained weight. On March 29, 1930 she jumped out of a five-story apartment window. She survived the fall but died from her injuries on March 31. Allyn had committed suicide at the young age of thirty-one. She left a note saying she was unhappy about her failed career and recent weight gain. Allyn was buried at Mount Hope Cemetery in New York City. 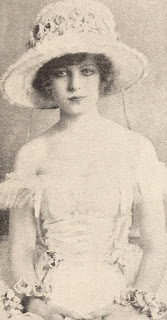 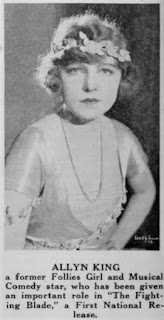