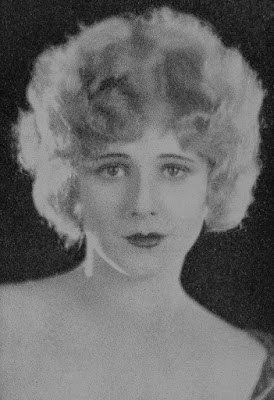 Betty Franciso was the Ziegfeld Follies showgirl who had a successful film career before  giving it up to be a housewife.

She was born Elizabeth Barton on September 26, 1900 in Little Rock, Arkansas. When she was a child she started acting in stock companies. Betty and her younger sister Evelyn Francisco performed in vaudeville as "The Dancing Franciscos". She worked as an artists model and starred in the Ziegfeld Follies for two years. In 1920 she made her film debut in A Broadway Cowboy. She had supporting roles in many films including Flaming Youth, Across The Continent, and Gambling Wives. Betty quickly found herself typecast as "the other woman". She was chosen to be a WAMPAS baby star in 1923. That same year she was named "America's Most Perfect Blonde". 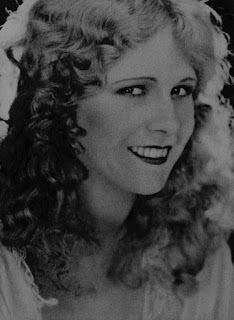 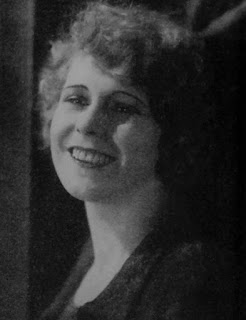 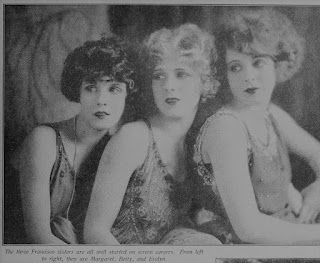 With Margaret Francisco and Evelyn Francisco

Betty, along with her sister Evelyn, became one of Mack Sennett's famous bathing beauties. She continued to get small roles in films like The Gingham Girl and Broadway Daddies. On December 16, 1930 she married Fred Spradling, a New York stock broker. She decided to quit Hollywood and become a full-time housewife. Her final film was the 1934 comedy Romance In Rain. She and her husband lived on a ranch in Corona, California. They never had children. On November 25, 1950 she died from a heart attack. She was only fifty years old. Betty was buried at Forest Lawn Memorial Park in Glendale, California. 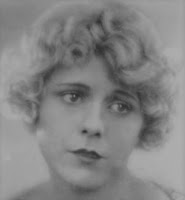 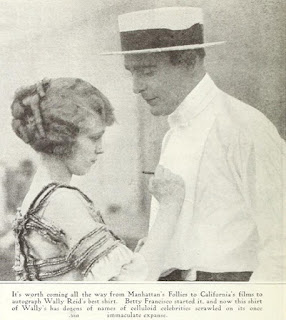 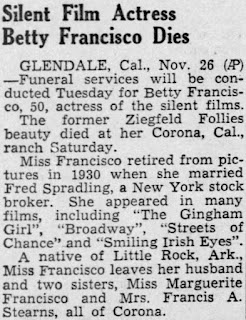