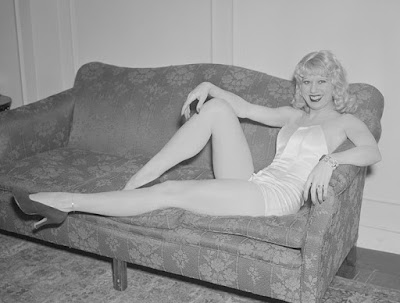 Faith Bacon was the Ziegfeld Follies dancer who became a popular Burlesque star before taking her own life.

She was born Francis Yvonne Bacon on July 19, 1910 in Los Angeles, California. Faith was an only child and her parents divorced when she was young. She dreamed of becoming a doctor but she decided to pursue a show business career instead. Although she had no formal dance training she moved to Paris and started dancing in burlesque shows. In 1928 she went to Broadway and starred in Earl Carroll's Vanities. Faith became famous doing a racy "fan dance" in which she appeared nude on stage covered only by ostrich feathers. She made headlines in 1930 when she was arrested for performing an "indecent show". Faith was given a starring role in The Ziegfeld Follies and she was one of the featured attractions at the 1933 World's Fair. Florenz Ziegfeld called her the "most beautiful woman in the world". 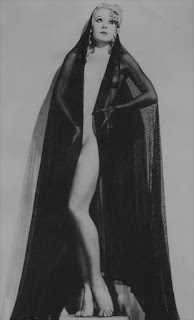 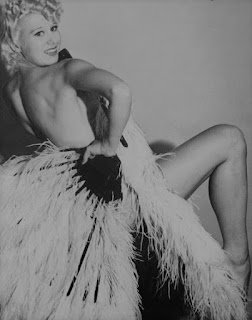 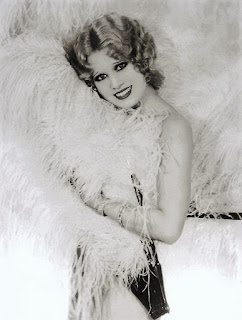 When rival dancer Sally Rand starting doing her own fan dance Faith sued her claiming she had stolen the idea. She told reporters that her dream was to retire and start a family. Faith said  "I want a man - a man to love! I want a husband, a home, a kitchen, and what goes with it." She married songwriter Sanford H. Dickinson but the couple separated. In 1936 Faith was seriously injured when she fell during a performance. She sued the owners of the show for $100,000 although she eventually settled the case for much less. Faith got a small part in the 1938 drama Prison Train. It would be her only film role. She was arrested in 1939 for disorderly conduct after staging a nude publicity stunt on Park Avenue. 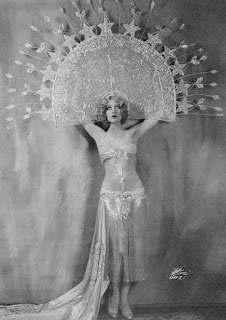 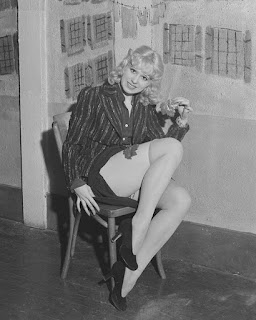 All the bad press hurt her reputation and by the time she was thirty her career was over. Faith would spend the next decade dancing in strip clubs and carnivals across the country. She also danced semi-nude in some short films. In June of 1948 she suffered a nervous breakdown after suing a carnival owner for unpaid wages. A few years later she was homeless and living on the streets of Seattle. She attempted suicide in 1954 by overdosing on sleeping pills. Faith decided to move to Chicago and tried to find work. She lived in a small hotel room with a friend. On September 26, 1956 Faith committed suicide by jumping out her third story window. She was only forty-six years old. Faith was buried at Wunder's Cemetery in Chicago, Illinois. 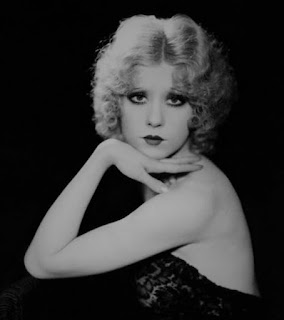 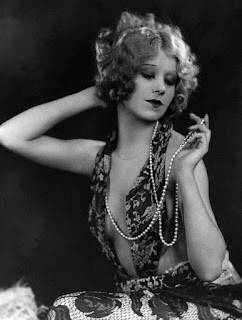 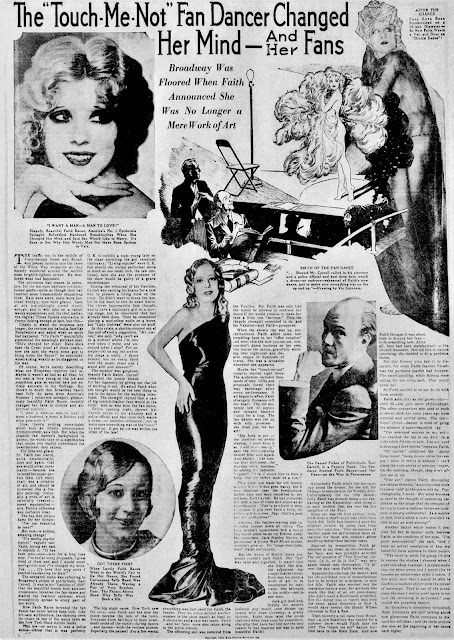