Helen Cressman ~ Why The Follies Girl Killed Herself 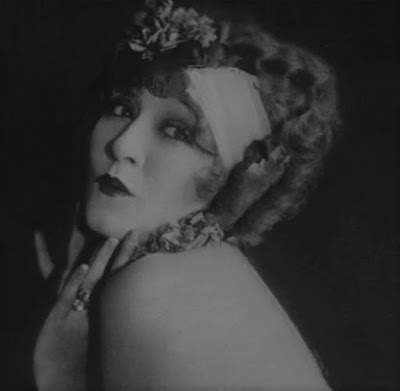 Helen Cressman was the Ziegfeld Follies showgirl who was married multiple times before committing suicide.

She was born Helen Maria Ryan Cressman on December 9, 1900 in Philadelphia, Pennsylvania. At the age of eighteen she made her Broadway debut in The Melting of Molly. Helen married Paul J. Gugger, a millionaire from Connecticut, in 1919. The following year the beautiful blonde joined the Ziegfeld Follies. In 1921 her son, Paul Jr, was born. After getting a divorce she married Dr. Martin Blank in January of 1924. Soon after she began having an affair with actor Alexander Carr. She divorced her husband and married Alexander on October 2, 1924. Just three months later she filed for divorce. The couple reunited and in 1926 they had a daughter named Beverly. She filed for divorce again in 1928. In court Helen said he had become violent and hit her. Alexander claimed she left him because she was "influenced by another woman". She told reporters "Marriage itself is alright but not for me". 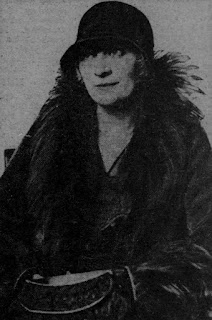 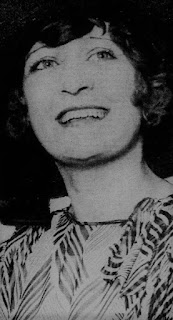 Surprisingly the couple got back together again. Helen made headlines in May of 1929 when she was accused of kidnapping her son Paul from his father. Unfortunately she suffered from depression and insomnia. She attempted suicide by swallowing poison in December of 1930. A few months later she left Alexander and disappeared with their daughter Beverly. He would spend the next seven years searching for them. In 1938 Helen was living in New York City with Beverly and their dog Patsy. She got a job working as a secretary to a lawyer. Tragically on December 4, 1938 she committed suicide by turning on the gas in her apartment. She was only thirty-eight years old. Helen left a note that said "It is with great regret and sorrow that I do what I am about to do. But there is no other way out". She was buried at Gate of Heaven Cemetery in Hawthorne, New York. 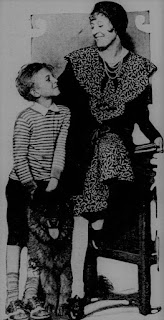 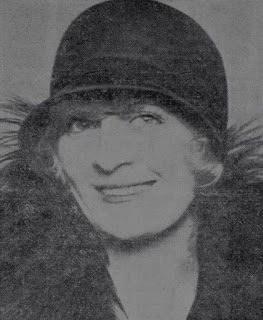 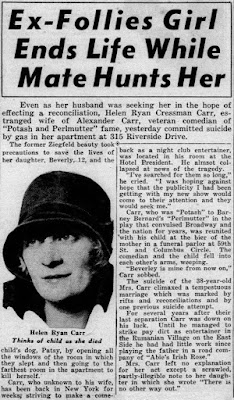