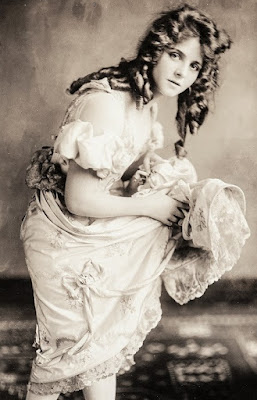 Olive Thomas was the Ziegfeld Follies showgirl who became a movie star before her
mysterious death.

She was born Oliveretta Elaine Duffy on October 20, 1894, in Charleroi, Pennsylvania. Olive was the oldest of three children. After her father died in 1906 the family moved to McKees Rock. When she was a teenager she started working in a department store. In April of 1911 she married Bernard Krug Thomas, a teenage clerk, The couple divorced two years later. Then she moved to New York City with her best friend Anna Daly. They lived together in a small unfurnished room on West 48th Street. Olive entered a beauty contest in 1914 where she was named "The Most Beautiful Girl" in New York City. She started modeling and was offered a job by producer Florenz Zeigfeld. The brunette beauty made her stage debut in the Ziegfeld Follies of 1915 and quickly became the the most popular girl in the show. During her time at the Follies she had a romantic relationship with the Florenz Ziegfeld, who was married to actress Billie Burke. Florenz asked Alberta Vargas to paint a nude portrait of Olive for his private collection. She made her film debut in the 1916 serial Beatrice Fairfax. That same year she married actor Jack Pickford, brother of Mary Pickford. They had a very tumultuous marriage due to Jack's drinking and womanizing. Olive was offered a lucrative contract with Selznick Pictures in 1918. 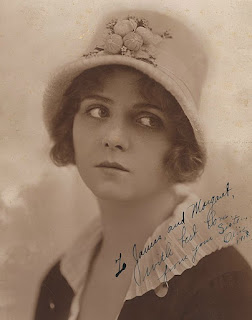 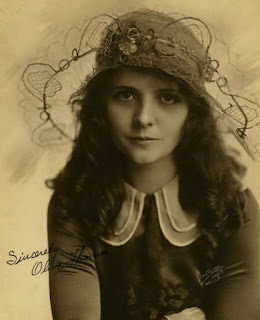 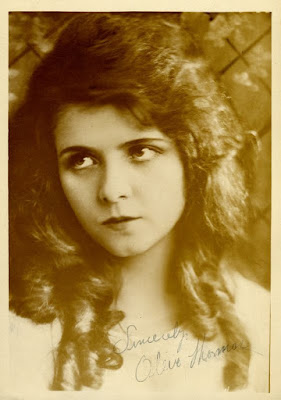 She appeared in many successful films including Madcap Madge, Youthful Folly, and The Flapper. Olive began an affair with producer Myron Selznick but she wanted to make her marriage to Jack work. In September 1920 she and Jack went on second honeymoon trip to Europe. After an evening of partying in Paris Olive and Jack returned to their hotel room. They were both very drunk. Around 3AM Olive went in to her bathroom and swallowed some mercury bi-chloride. It was a drug that had been prescribed to treat Jack's syphilis. She screamed out in pain and was taken to a hospital. Tragically she died four days later on September 10, 1920. Olive was just twenty-five years old. Her death was ruled an accident but there were rumors she committed suicide after a fight with Jack.   Some people even believe she was murdered by Jack to collect her insurance money. She was buried in Woodlawn Cemetery in the Bronx, New York. Ten days after she died her grief stricken friend Anna Daly committed suicide. Since Olive's death many people have claimed they have seen her ghost in New Amsterdam Theatre where she began her career as a Ziegfeld girl. 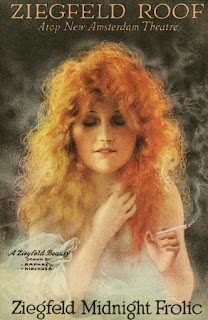 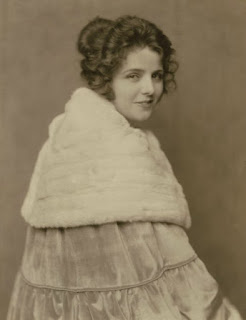 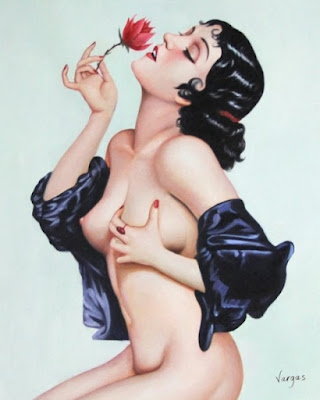