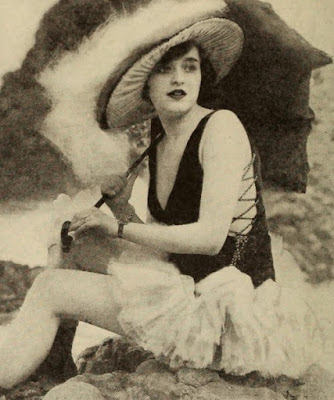 Peggy Davis was the Ziegfeld Follies dancer who gave up her career before taking her
own life.

She was born Mary Margaret Laird on December 31, 1899 in Birmingham, Alabama. Her father, James Laird, was a traveling salesman and her family moved around a lot. Peggy started singing and dancing when she was a child. She was discovered by actress Theda Bara who gave her a role in the film Under Two Flags. In November of 1918 she married Joseph Davis but the marriage was annulled because he had never divorced his first wife. She was offered a contract at Christie studios and appeared in several comedies. Then she joined the Ziegfeld Follies as a featured dancer. She was known in the theatrical world as "America's premier vampire". Peggy claimed she never drank or smoked cigarettes. On December 10, 1921 she married Joseph Donald Grafton, a Pennsylvania millionaire. She was shocked to learn he was a bigamist who had married another woman three weeks before he married her. Grafton was arrested for bigamy and their marriage was annulled. 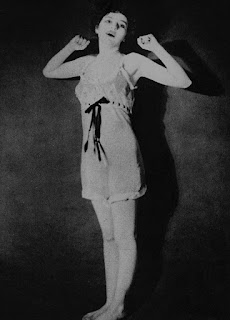 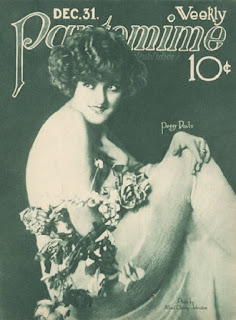 She suffered a nervous breakdown in April of 1922 and entered a sanitarium. Peggy worked as a cabaret dancer and costarred in the 1923 film The Net. She was engaged to a stockbroker named Napoleon Worthington but broke it off because her mother didn't approve. In 1925 she married David Townsend, a wealthy wall street banker. The couple had a daughter named Margaret and moved to Paris, France. Peggy appeared to have a happy life but she suffered from mood swings. On the night of March 28, 1931 she wrote a note to her husband that said "I don't want to go back on the stage. I am tired of living and prefer to did. Look after my baby." Then she committed suicide by driving her car off a six hundred foot cliff. Peggy was only thirty-one years old. She was buried at Eze cemetery in France. Her husband David said she had no reason to kill her self and didn't believe her death was a suicide. 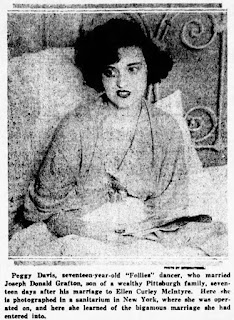 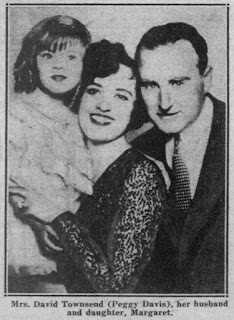 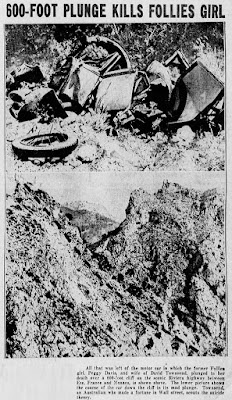