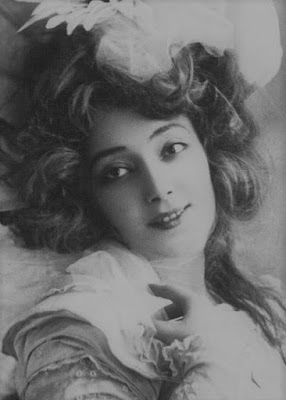 Anna Held was the vivacious singer who stole Florenz Ziegfleld's heart and inspired the Follies before dying young.

She was born Helene Anna Held on March 8, 1872 (some sources say 1873) in Warsaw, Poland. Anna was the youngest of eleven children. Her Jewish family fled to Paris, France because of the anti-semitism in Poland. Sadly her father died from alcoholism when she was twelve. She started her career singing in Europe. Her signature song was "Won't You Come And Play With Me." In 1894 she married Maximo Carrerra, a wealthy South American adventurer. Their daughter, Lianne, was born the following year. While performing in London in 1886 she met producer Florenz Ziegfeld. He brought her to New York and the two began a passionate affair. Anna quickly became one of Broadway's most popular stars. She starred in the hit shows A Parlor Match, Papa's Wife, and Miss Innocence. Audiences loved her voice and her risque performances. Her lavish stage shows were the inspiration for the Ziegfeld Follies. The press reported that she bathed in milk every day and had a rib removed to achieve her perfect hourglass figure (her waist was a tiny eighteen inches). She often told people she never wanted to grow old. 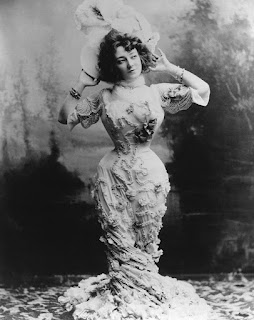 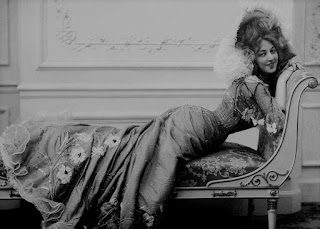 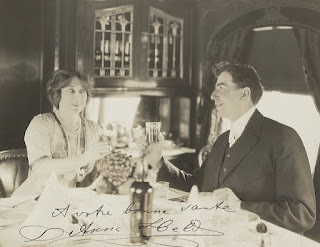 Anna's estranged husband Maximo died in 1908. Although she referred to Florenz as her husband the two were never legally married. Unfortunately he broke her heart by cheating with showgirls. When she became pregnant he convinced her to have an abortion. The couple ended their romantic relationship in 1909 after he fell in love with actress Lillian Lorraine. In 1916 Anna made the feature length film Madame la President. She was paid $30,000 for the movie. Then she appeared in the Broadway musical Follow Me. During World War 1 she went to France to entertain the soldiers. Anna was diagnosed with multiple myeloma, a cancer of plasma cells, in early 1918. Rumors started that her illness was caused by overly tight corsets. Tragically on August 12, 1918 she died at the young age of forty-six. She was buried at the Cemetery of the Gate of Heaven in Hawthorne, New York. Florenz Ziegfeld was criticized in the press for not attending her funeral. Shortly before her death Anna said "It is the last curtain. I have lived and I will hold out to the last - it is the spirit of Joan of Arc and the spirit of my parentage - the unconquerable French." 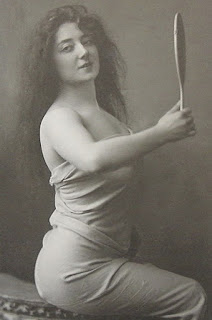 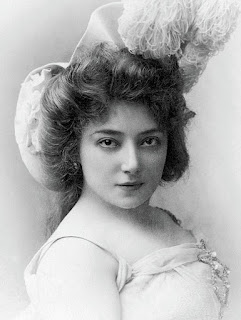 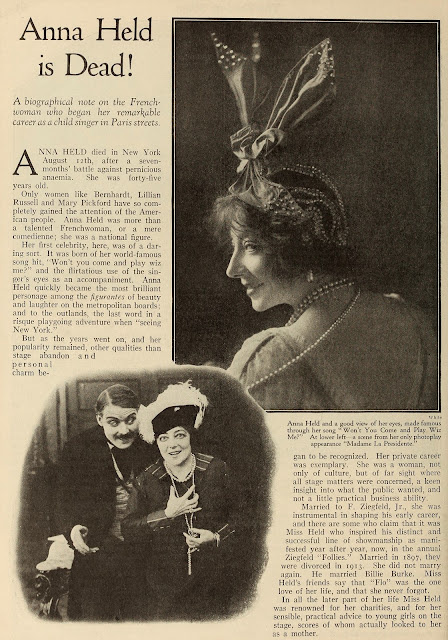