Gertrude Williams ~ Why The Showgirl Killed Herself 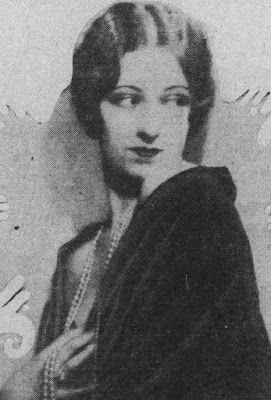 Gertrude Williams was the Ziegfeld Follies showgirl who lost all her money and
committed suicide.

She was born Gertrude Staley in Ontario, Canada in 1907. Her parents divorced and she was adopted by her step-father Sidney Williams. Gertrude moved to New York City and joined the Ziegfeld Follies in 1927. She became close friends with her costar Myrna Darby. After leaving the Follies in 1928 she appeared in the Broadway show The Three Musketeers.  She had a brief romance with J. F. Trounstine, a wealthy broker. In March of 1931 two men broke into her Manhattan apartment. She was bound and gagged while they stole thousands of dollars worth of jewelry. A few days before the robbery she had received a warning that said "Watch your step Gertrude. You've been marked for robbery. They are after you". The robbers were eventually arrested and charged with multiple burglaries. 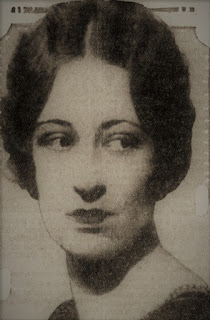 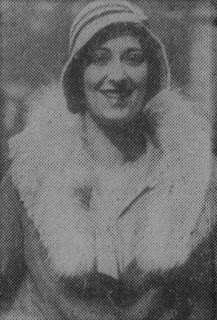 Gertrude secretly married Robert J. Coverdale, a real estate broker, during the Summer of 1931. When the press found out about the wedding a few months later he denied they were actually married. Over the next two years Robert squandered more than $30,000 of her money on bad real estate investments. She lost her entire fortune and her parents lost their home. Robert walked out on her in 1933 but remained legally married. Nearly broke Gertrude moved into a furnished room using the name "Rita Jones". Tragically on March 7, 1934 she committed suicide by drinking poison and inhaling gas. She was only twenty-seven years old. Her body was unclaimed at the morgue for ten days. She was buried at Silver Mount cemetery in Sunnyside, New York. 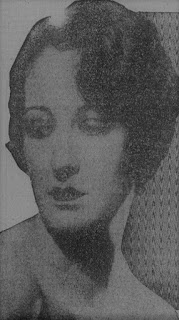 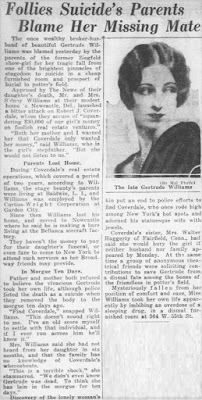