Helen Walsh ~ The Ziegfeld Girl Who Burned To Death 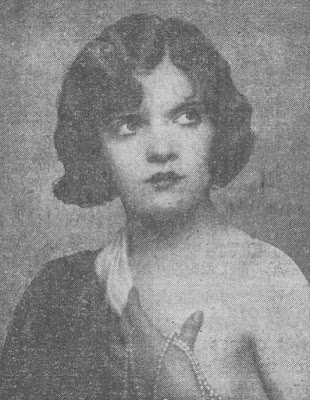 Helen Walsh was the pretty Ziegfeld Follies showgirl who died young in a tragic fire.

She was born in August of 1905 (some sources say 1908) in Bronx, New York. Sadly her father, Bernard Walsh, died when she was a teenager. Helen started working department store to help support her mother. Her lucky break came when she met actress Marilyn Miller who encouraged her to go into show business. In 1928 she starred in the Broadway musical Whoopee. The Irish beauty also appeared in the shows Smiles and Simple Simon. Helen had dark eyes and was known for having the most beautiful eyelashes in the theatrical world. She was asked to join the Ziegfeld Follies in 1931. Although she had become a success on the stage she still lived at home with her mother and sister Marion. On July 26, 1931 she attended a party on singer Harry Richman's yacht. Her Follies costars Virginia Biddle and Gladys Glad went with her. 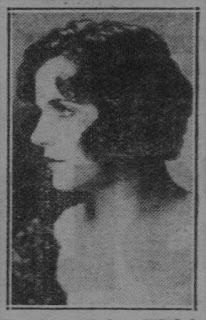 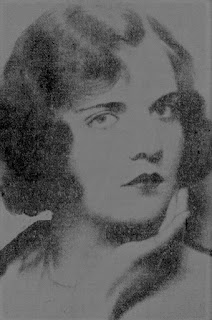 After the yacht was refueled there was an explosion that caused a fire. Helen was found trapped under a burning mattress. Harry Richman threw her into the water to put out the flames. She had been burned over 95% of her body. On the way to the hospital she cried "My face is my living. I hope it isn't burned." Tragically she died from her injuries on July 28. She was only twenty-five years old. Hundreds of friends attended her funeral including singer Ruth Etting. Florenz Ziegfeld said she was "the finest of American womanhood." She was buried at Woodlawn Cemetery in Bronx, New York, In August of 1931 there was a memorial performance of the Ziegfeld Follies with all the proceeds going to Helen's mother, Margaret Walsh. 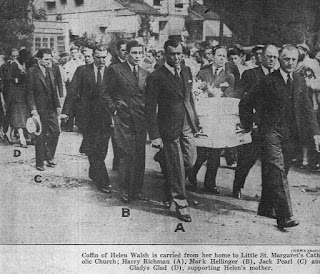 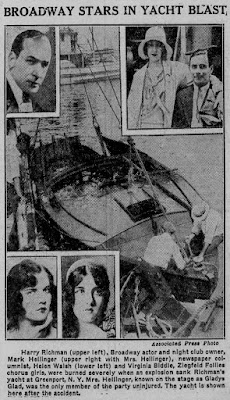