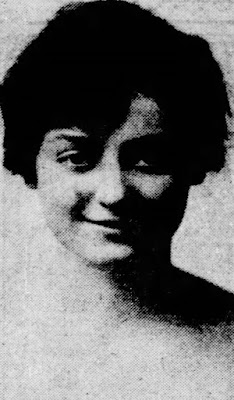 Constance Carper was the Ziegfeld Follies showgirl and actress who died mysteriously at
age eighteen.

She was born Constance Edith Carper on January 1, 1900 in St. Louis, Missouri. Her father, Alfred Carper, worked for a railroad company. She moved to New York City in 1917 and joined the cast of the Ziegfeld Follies. The pretty teenager was quickly signed by Goldwyn Pictures. Cinstance had a bit parts in the movies Thais and Dodging A Million with Mabel Normand. The she appeared in the Broadway musical Rock-a-Bye Baby. In June of 1918 she checked into a hotel in Atlantic City, New Jersey. Tragically on June 13 she was found unconscious in her room. On the way to the hospital she died from gas poisoning. She was only eighteen years old. The police said it was either an accident or a suicide. Her friends she had seemed worried before her death. A letter she wrote to a soldier serving in Belgium was found in her room. Constance's mother believed she had died accidentally after forgetting to turn off the gas. She was buried at Aspen Grove Cemetery in Burlington, Iowa. 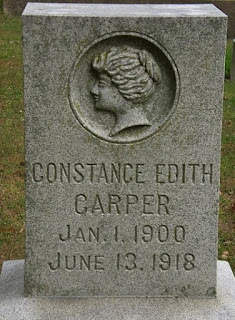 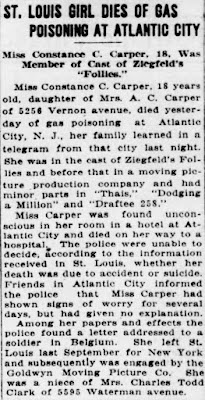